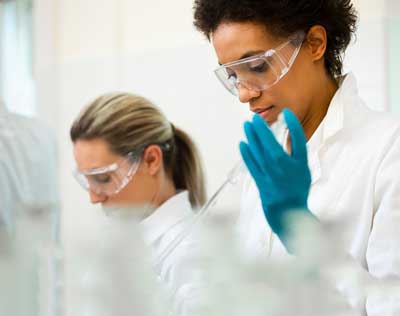 The Research Scholar Award program—the Urology Care Foundation’s flagship funding opportunity—was established in 1975 in order to identify future research leaders and ensure that they received the necessary training and support to develop a successful research career. What began as a commitment to fund two researchers per year has since evolved into one of the most sought-after funding opportunities in urology and has provided over $27 million to support over 600 young investigators. Many of these award recipients have become leaders in urologic research and clinical practice, and continue to shape the field of urology to improve patient care.

An outcomes analysis conducted in 2017 for the previous 25 years of funded investigators demonstrated the outstanding success of this program. Some notable highlights included the findings that 83% of awardees continue to conduct urologic research and over half reported having held at least one academic leadership position. Further, 52% of respondents had achieved tenure at the time of the study and 34% reported holding an endowed position. The strength of this program was also reflected in subsequent research productivity. For instance, former awardees reported an average of 28.4 publications and 2.9 grants that were directly or indirectly related to their Foundation-supported research. 1 The study also showed the strong influence of past Research Scholar Awardees on urology and urologic research through mentorship of upcoming investigators in the field.

Recognizing the power of mentorship and the need to grow the field of urologic research with respect to underrepresented investigators, 2 the AUA and its Urology Care Foundation have redoubled their efforts to advance diversity initiatives across all of their research grant programs. Some of these efforts include ensuring greater diversity in scientific peer review panels and increasing the representation of women and minorities on the AUA’s research program governing bodies, including the Research Council and the Research Grants and Investigator Support Committee. In addition, the 2021 Research Scholar Award competition celebrated its first-ever awards dedicated to supporting women and underrepresented minorities conducting urologic research. These awards were made possible by a new endowment from the Society of Urologic Oncology and a grant from Bristol-Myers Squibb, Inc. 3

Research Scholar Awards support research across the spectrum of urologic diseases and conditions. Clinical and postdoctoral fellows who are no more than five years beyond completing their residency or doctorate, and early-career investigators who are in their first five years of beginning a faculty position, are eligible to apply. Awards provide $40,000 per year for up to two years of funding, and institutions are required to ensure protected time for research and provide a strong scientific environment to conduct the work. The next competition will open in fall 2021. 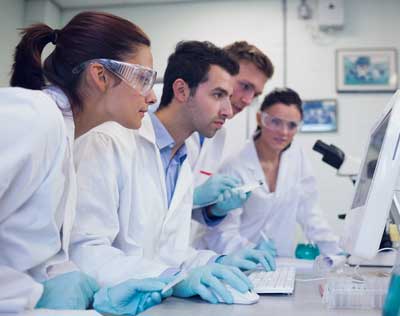 More than five years ago, the AUA’s Research Council developed an ambitious new Research Strategic Plan to define and prioritize new initiatives in the areas of research advocacy, education, and investigator support, with the overarching mission to “Increase and maintain the urology physician-scientist and researcher workforce in order to catalyze the advancement of clinical practice and reduce the burden of urologic disease through impactful research.” The Plan drew from the research expertise and community awareness provided by the Council’s physician-scientist and researcher members, as well as members from the Research Advocacy Committee (RAC), Research Education, Conferences, and Communications Committee (RECCC) and Research Grants and Investigator Support Committee (RGSIC). With the Plan’s major tenets approved by the AUA’s Board of Directors in October 2015, these initiatives have been carried out over the last five years by the RAC, RECCC, and RGISC, under the guidance of the Research Council and with support provided by the AUA’s Office of Research.

With an overarching goal to stimulate progress in urologic research and development of urology researchers through increased research educational opportunities, the AUA developed a pilot curriculum of online courses to strengthen research careers and educate on important areas of scientific knowledge. These courses include Writing a Successful Career Development Award Application, Big Data and ‘Omics’ Analysis in Urology, and Establishing Your Independent Urology Research Lab, which will launch in early 2021. The AUA also launched a Community-based Research Workshop in 2017 to bring together private practice physicians, academic urologists, researchers and industry representatives to learn about strategies that facilitate the participation of community-based urologists in research. This workshop is currently expanding to provide education for both community-based and academic urologists on the breadth of urology clinical trials and other clinical research and will be offered in 2021. These courses and workshop to provide research education were added to the AUA’s Early Career Investigators Workshop, which recently celebrated its eighth year of guiding urology investigators toward successful applications for research funding.

Also under the mission area of research education, the Plan’s goal to develop and foster the success of impactful co-sponsored research symposia leveraged the power of collaboration, and the AUA worked with various partners to deliver the Diabetes and Diabetic Uropathy Symposium (2017) and the StoneLab Scientific Symposium: Thinking Outside the Box for Kidney Stone Disease (2019). The AUA also partnered with Johns Hopkins University Greenberg Bladder Cancer Institute to establish an annual, bladder cancer translational research symposium series, now entering its fourth year, with the next symposium to be offered in March 2021 and focusing on “Drug Development in NMIBC from Scientific, Regulatory, Clinician, and Patient Perspectives.” As part of the AUA’s efforts to enhance its scientific symposia, improvements were also made to the events held each year at the AUA Annual Meeting, which now include the Urologic Oncology Research Symposium, Basic Sciences Symposium, Challenges in Urologic Research Symposium, and the Early Career Investigators Showcase.

The RECCC also promoted the expansion of AUA support for urology researchers through a comprehensive communication plan to promote and disseminate research-related information. The AUA re-designed the research pages on AUAnet to be inclusive of both AUA and non-AUA research opportunities and resources, launched AUA Investigator, and collaborated with the Urology Care Foundation to develop the IMPACT Magazine.

The Plan also included a major emphasis on enhancing AUA and Urology Care Foundation programs for research grants and investigator support. With guidance from the RGISC and an overarching goal to amplify the impact of research funding programs, the AUA worked with the Foundation to nearly double the average number of both applications (increasing the 3-year average from 82 to 152 applications per year) and awards (increasing the 3-year average from 26 to 40 new awards per year) for the existing four grant programs. In addition, the Foundation successfully increased its portfolio of research endowments and funds from $41.6 to $57.2 million. Moreover, to achieve a goal to increase the workforce of well-trained physician-scientists through the provision of intensive residency research training, the AUA, in partnership with the Foundation, established the Physician Scientist Residency Training Award and restructured the Residency Research Award program to increase eligibility. These efforts were guided by several Plan-driven initiatives to determine the needs of the urologic research community through a research workforce gap analysis and award program outcomes analyses that were conducted early in the implementation of the Plan.

An additional major goal was to expand and improve mentorship to optimize grant competitiveness and investigator career success. With substantial effort from the RGISC, the AUA created and launched the Urology Scientific Mentoring and Research Training (USMART) Academy, which pairs experienced and highly-accomplished urology physician-scientists and researchers with early-career investigators to provide scientific and career guidance. The USMART Academy was established in 2018 and has since supported 13 mentees, with plans to expand to ten mentees per year starting in 2021.

As the Plan’s goals were resulting in the major research education and investigator support achievements described above, the RAC worked concurrently to achieve its goals toward advancing urology through research advocacy. These goals were focused on establishing an impactful legislative research advocacy program, increasing the allocation of funds to urology research through non‐legislative advocacy, leveraging relationships with NIH and other federal agencies, and maximizing research advocacy impact through collaboration with patient advocacy organizations. In 2018, the RAC began reporting to the AUA Public Policy Council (PPC) and continued its important work to increase awareness and support for urologic research discovery. Throughout the Plan’s duration, and through the transition to the PPC, the RAC’s efforts have been instrumental to increasing funding for urologic research through federal agencies (i.e., NIH, DoD) and establishing collaborations with over 75 patient advocacy organizations through the Bladder Health Alliance, Friends of the Prostate Cancer Care Community, and Friends of the Kidney Cancer Care Community coalitions, among others.

As the AUA Research Council and its Committees work to establish a new Research Strategic Plan for 2021 and beyond, the AUA and its Urology Care Foundation look forward to many more years of robust support for urology research and investigators and the discoveries that lead to improvements in care and cures for urology patients.

Dirk Lange, PhD, a 2013 Urology Care Foundation Research Scholar, is now the Director of Basic Science Research at the Stone Centre at Vancouver General Hospital where he has developed a research program to improve the lives of patients suffering from kidney stone disease. Specifically, Dr. Lange’s team focuses on identifying mechanisms that drive ureteral stent-associated complications.

More than 80% of patients with indwelling stents complain of severe pain and discomfort, resulting in stents being removed too soon and putting the patient at risk for complications due to obstruction. Dr. Lange is working to address this issue by increasing our understanding of how the ureter responds to indwelling stents. Device-associated infection and encrustation are two of the complications plaguing patients with indwelling ureteral stents. Much research has gone into the development of coatings and drug-releasing technologies to try to overcome these issues, but all have fallen short of success when tested in patients. Dr. Lange’s group was one of the first to identify urinary components that deposit on the device surface and form a film that renders any new technology ineffective. Furthermore, they showed that this film can promote bacterial and crystal attachment. Having identified the proteins that cause these technologies to fail, Dr. Lange is now focusing his efforts on developing stent coatings that not only target bacteria and crystals but more importantly prevent the problematic film from forming and allow the underlying coating to remain active.

Supporting early-career scientists like Dr. Lange demonstrates the Urology Care Foundation’s commitment to promoting the development of translational research programs that improve patients’ lives. According to Dr. Lange, the Foundation’s support was instrumental in helping to develop his career as a urology researcher by providing him with high-caliber mentorship and connections that allowed him to take his research to the next level.